Women’s empowerment refers to giving women the power to make their own decisions. Through the years, men have caused a lot of harm to women. They  considered  practically nonexistent in prior eras. As though voting, one of the most fundamental rights, belonged exclusively to men. As society changed, women became more aware of their power. The movement for women’s emancipation got underway then.

Comparison of woman and man

Men and women should have equal access to political and economic clout as well as chances for training, education, and personal growth. Achieving gender equality depends on the empowerment of women. It involves giving women more self-worth, decision-making authority, opportunities, and resources. It also involves giving them more power and control over their own lives, both inside and outside of the home. Men and boys’ behaviour and attitudes are crucial for establishing gender equality.

Another crucial aspect is the health and safety of women. The impact of HIV/AIDS on women is growing.

Female empowerment is frequently linked in Western nations to particular historical eras of the women’s rights movement. Thesuffrage movement typically develops in three waves, with the first wave starting in the late 19th and early 20th century.
The sexual revolution and the position of women in society were part of the second wave of the 1960s.
The 1990s are frequently cited as the start of the third wave of feminism.

In recent years, a significant global movement that is dedicated to empowering women and advocating for their rights has formed and is continuing to make progress.

The popularity of holidays like International Women’s Empowerment Day is also rising.
But despite significant advancements, women and girls still experience abuse and discrimination on a daily basis.

Empowerment in politics and economy

The empowerment of women in politics and the economy is the final area of emphasis in the pursuit of gender equality. Despite making up more than 50% of the global population, women barely control 1% of the wealth.  Women and girls work long hours doing home chores for free all around the world. In certain countries, women still don’t have the same rights as males .

Empowerment is a global issues

Globally, no country has fully attained gender equality. Scandinavian countries like Iceland, Norway, Finland, and Sweden lead the world in their progress toward closing the gender gap. In these countries, there is relatively equitable distribution of available income, resources, and opportunities for men and women. However, a number of countries in these regions, including South Africa, and Sri Lanka outrank the United States in gender equality. 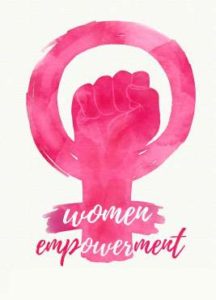 No nation has completely achieved gender equality on a global scale. Iceland, Norway, Finland, and Sweden are among the Scandinavian nations that have made the most advancements in bridging the gender gap. . The allocation of opportunities, resources, and income for men and women is comparatively equitable in these nations. The Middle East, Africa, and South Asia are the regions with the largest gender gaps, according to research. Lesotho, South Africa, and Sri Lanka are among the nations in these regions that rank higher than the United States in terms of gender equality.

In communities all throughout the world, Peace Corps Volunteers are addressing issues of gender equality and empowering women and girls. Congress approved the Percy Amendment in 1974, mandating that Peace Corps Volunteers aggressively include women in the political, economic, and social advancement of their nations. Volunteers also instruct boys in leadership and life skills through .Our Boys Excellence camps because they understand that men and boys must work together as equal partners to achieve  equality. Through health education, business development, and promoting public awareness of women’s rights and contributions to their communities, Peace Corps Volunteers advance gender equality and women’s empowerment.

I wish to emphasise the significance of women’s emancipation in closing. The entire effort to stop sexual assault against women in conflict will be strengthened by effective legislation.

Which products do you travel with

Adam Matos is guilty of four counts of brutal murder in Florida.