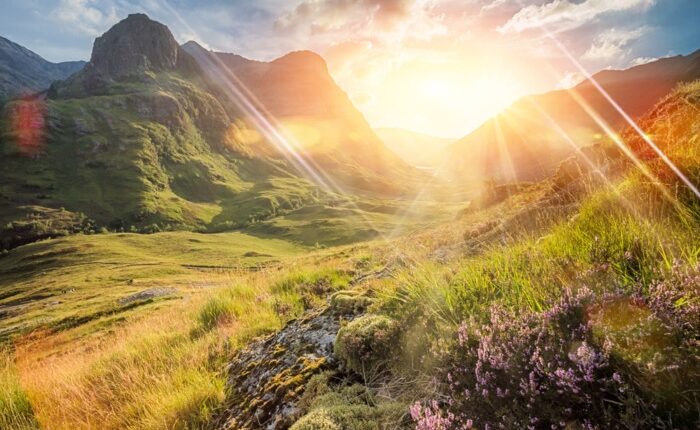 Scotland is a genuinely special location with a vibrant culture and a wealth of historical customs. It’s hardly surprising that so many individuals have a strong desire to visit this amazing country. It doesn’t let you down with its ancient stone circles, crumbling castles, and breathtaking scenery.

Many individuals eagerly anticipate travelling to Scotland and spend countless hours creating the ideal itinerary. Writing a list of places to see is simple, but travelling is so much more than that.Learning the peculiarities, customs, and practicalities of your destination is the challenging part. Everything you need to know before visiting Scotland is provided in this guide.

Since most Scottish customs revolve around enjoyment, they are perfect to incorporate into any trip to Scotland. In the summer, Highland Games are held all around the nation, featuring competitions in sports like tug of war, caber tossing, and hammer throwing. The Highland Games are thought to have originated in Braemar in Royal Deeside, with the first event allegedly taking place around 950 years ago. These occur throughout the year, which aids in keeping warm in the cold.Not knowing any of the traditional dances need not be a source of anxiety. The Scots are always willing to assist, and the band keeps all newcomers in line.

WHAT TO EAT AND DRINK IN SCOTLAND

Trying the local cuisine is a big aspect of travelling, and going to Scotland should be no exception. The world is in awe of Scotland’s pantry, despite the fact that it may not be as well known as some other nations. In the Scottish kitchen, there is plenty for everyone to enjoy, including wild lobster, salmon, venison, grouse, fresh vegetables, and ripe fruits. The most popular Scottish cuisine outside of Scotland is by far haggis. However, not everyone is aware of what it truly is, and many of those who are may reject it outright without even giving it a go.

Scotland also has many of mouthwatering desserts, with Cranachan being a particularly well-liked dish. Fresh Scottish raspberries are combined with toasted oats, honey, whisky, and cream. Scotland won’t leave you thirsty either. If booze isn’t your thing, Irn Bru is regarded as Scotland’s alternate national beverage. Although the vivid orange soft drink is difficult to define in words, it is bubbly, sweet, and possibly fruity.

LANGUAGE IN SCOTLAND WHEN YOU VISIT

Scotland has four official languages: English, Gaelic, Scots, and Sign Language, which is a little-known fact. Although Scots and Gaelic are two very different languages, there is a lot of misunderstanding surrounding them. English and Sign Language are also self-explanatory. The Gaelic-speaking Highlands and the Scots-speaking Lowlands have historically been divided. Many tourists to Scotland make a lot of effort to learn a few phrases in Gaelic, not realising that only 1% of people will be able to understand them.

Gaelic speakers used to be common throughout Scotland, but they now mostly live on islands and in remote areas of the Highlands. The language is currently experiencing a significant rebirth thanks to programmes like outlander.There are many people in Scotland who speak a language other than the stereotype of funny-accented English. Scots is a similarly illustrious and underrated language.Simply let the speaker know that you don’t understand, and they’ll frequently be pleased to talk a little more slowly.Scots words include, among others, loch for lake, braw for good, and dinnae ken for don’t know.

When visiting Scotland, you’ll quickly learn that just because a location appears close on a map doesn’t necessarily imply the distance will be short. Off the highways, many of the roads rapidly narrow and wind. You can anticipate driving on single-track roads after you get in the Highlands and Scottish Islands. These roads, with only enough room for one automobile at a time and numerous blind turns, require extra caution. This does not imply that you should limit your transportation options to public transportation and never drive. The majority of the top tourist destinations are a little off the main path. Buses to historic fortifications on the west coast, including Castle Sween or ancient stone circles, are not usually available.

WHEN TO Visit SCOTLAND

There is never a terrible time to visit Scotland, despite the fact that the seasons are not always consistent. Depending on your travel preferences, each season has advantages and disadvantages. Although there is a considerably higher possibility of sunshine throughout the summer, you can never be certain it won’t rain. However, anticipate heavy crowds in the well-traveled places and a deluge of midges tiny biting insects outside.

The good news is that everything is considerably quieter in the winter because many tourists and those pesky midges can’t stand the cold. The drawback is that many tourist destinations, dining establishments, and lodging facilities close until spring.

How Insurance Beneficial For Us?Some Insurance Types That We Should Know.

Learn Why You Need To Travel More.