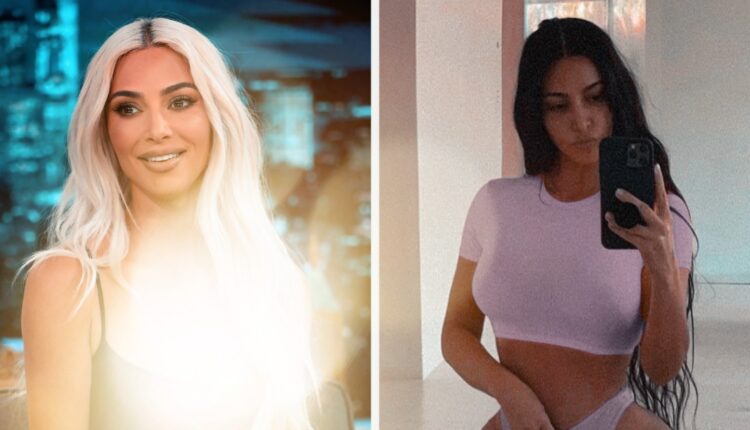 The purpose Of Including Long Sleeves And Shorts In Her Skims Swimwear Collection, According To Kim Kardashian

Kim Kardashian, a multibillionaire businesswoman, introduced her own swimwear line, Skims Swim, earlier this year. She sells a variety of swimwear items under her hugely popular clothing line Skims, which prides itself on “providing solutions for every body” with its assortment of clothing. Numerous online customers praised the Skims Swim collection right away, calling it “extremely inclusive” for its assortment of non-traditional swimwear items like long sleeves, shorts, and one-pieces without cuts. When Kim’s products were released, one admirer praised them on Twitter, writing, “Just looked at the @skims Swim collection and y’all must give it to Kim… extremely inclusive Wow, the new Skims swim line is incredibly inclusive, remarked another.

Some even compared Kim’s business to that of her younger sister Kylie Jenner’s swimwear line, which was notoriously panned after its debut. When Kylie Swim’s clothing was introduced to the public last September, fans were unimpressed by what they claimed to be the line’s lack of variety in sizing and poor quality. As a result, the young businesswoman was criticised for having “lack of integrity as a business owner.” As a company owner and entrepreneur, Kylie lacks credibility, according to a swimwear designer who reviewed numerous of her goods in-depth on TikTok.

These were created by Kylie for her own body. Not your typical chick,” a different user on Reddit commented. No one I know, including myself, could possibly fit into these without something slipping out. Given how few bodies could fit into them, I honestly don’t see why she would release these.

One TikTok user, @HopeScope, said she directly compared items from Kylie’s collection with their Skims counterparts and observed the difference in sizing “straight off the bat,” with the Skims bikini bottoms offering a tonne more coverage than the Kylie Swim ones. Given that Skims Swim was released about six months later, it appeared that Kim may have noticed the fans’ worries regarding Kylie’s size and coverage.

Now that we’ve seen a more in-depth, behind-the-scenes look at how Kim created some of her swimwear products, thanks to the most recent episode of Hulu’s The Kardashians. Kim talks about her enthusiasm for the opening of her Skims Swim pop-up store while travelling to Miami with her sister Khloé and a number of their friends. She admits, calling herself a “workaholic,” “I come up with all the ads, I come up with the materials, the fabrics, the designs, like I truly do everything.”

Kim goes on to say that she wanted people to be able to “hide” their fears, which is why she decided to include such a varied, unconventional assortment of swimwear items. She points to a variety of her outfits and explains, “I wanted to make it like LEGOs.” So you may wear that if you want to cover your arms. Wear that if you want to conceal your legs.

Pick your insecurity, like everyone else, and figure out how to mask it, she advises.Given that Kim has repeatedly shown a desire to hide her insecurities, it’s possible that she made this decision in response to that need. The reality star has previously come under fire for appearing to edit her social media posts. Fans speculated that Kim had digitally changed her right leg in an Instagram shot earlier this year, and the actress immediately removed it from her profile after receiving a barrage of claims that she had done so. Kim, who was wearing black bikini bottoms and a long-sleeved top, looked to have manipulated the now-deleted shot since her leg was deformed and indistinct.More recently, in August, commercial photographer @caroline in thecity on TikTok called out Kim for allegedly editing her trapezius muscle out of a series of Instagram photos. She even went so far as to reverse-photoshop the area to demonstrate how the original picture would have appeared.The most recent episode of The Kardashians is currently available on Hulu or Disney+ in other countries. The following episode will air on October 26.