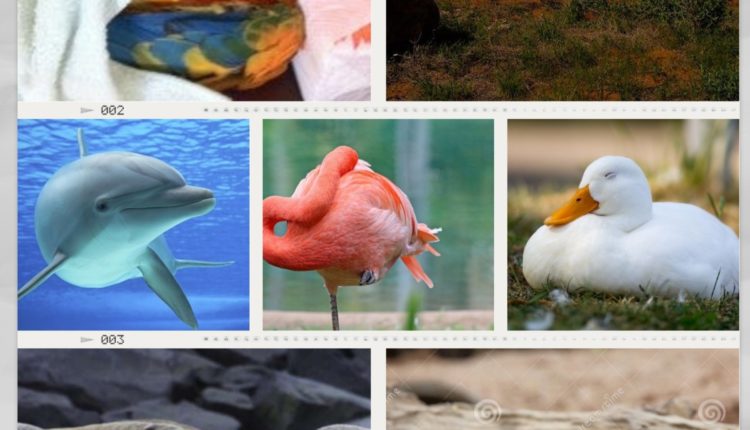 Strange Sleeping Habbits Of Some Animals

All creatures require sleep, while some require more and some require less. The world of animals also has a variety of peculiar sleeping habits. In this post, you will learn about the animals with peculiar sleeping habits.We’re focused on the distinct sleeping positions that the various animals in the globe employ on a regular basis. Animals including dolphins, ducks, flamingos, elephants, and more will be covered.let us discuss strange sleeping habbits of animals

One of the most amazing sleeping habbits is that of dolphins! People don’t have to consider when is the best moment to breathe in fresh air. However, dolphins consciously take oxygen by rising to the surface at regular intervals. Dolphins have a remarkable talent that prevents them from drowning in their dreams. When they sleep, they only rest one half of their brains at a time.

Dolphins frequently rest adjacent to their partners while swimming and sleeping so that both sides may keep an eye on the other. The matching half of the body, including the eye, is awake when one side of the brain is awake. The left brain is active and prepared to recognise impending risks when the right brain is sleeping.

The ease of sleeping on one foot is why flamingos do it. Many birds, like the mallard ducks mentioned before, sleep on one foot. They do this by using less energy. Because featherless legs lose heat quickly, keeping one or more of them near to the warm body and major blood veins helps conserve energy. Flamingos have also been known to employ this method of napping in the bird kingdom.

For a very long time, people believed that the cause was trying to stay warm. When researchers discovered that flamingos do indeed sleep on one foot, even in the tropics, the theory only slightly faltered. It was also believed that sleeping on one leg would prevent parasites from biting into the skin of the legs, but because flamingos eat and dwell in extremely alkaline waters which explains why their legs have thick scales. A bite or sting cannot often penetrate the skin.Flamingos naturally balance themselves and prevent themselves from toppling over by sleeping on one leg.

Elephants sleeping habbit is very strange while they are standing because it takes a while to move a heavy body off the ground, making sleeping on the ground a kind of invitation to other animals to come and eat.Horses, zebras, and giraffes can all sleep standing up because it makes it simple for them to escape from predators. They lock their feet straight so they may sleep well without worrying about falling, but they are also prepared to leave if they need to leave right immediately if they crash.According to specialists, the elephant’s massive size and heavy body weight are to blame for its poor sleep on the ground. Elephants generally sleep while standing up since it is simple and convenient for them to do so.

The Alpine birds can be found in India, North Africa, Central and Southern Europe. The bird that stays in the air for the longest during a call is this one. Since there are numerous insects in the air to catch, eating is done while moving.But sleeping is a trickier endeavour. They can soar to great heights before falling asleep. They do not, however, lose consciousness because, as you may have guessed, migratory birds can only sleep one-half of their brains at time.However, during the alliances, they may briefly fall asleep more deeply. Many migratory birds take short, one-minute power naps multiple times throughout the day.However, only a few seconds at a time, are also sufficient to rest.Giant albatrosses, which spend the majority of their lives in the air and sleep for about 42 minutes per day, are also capable of sleeping while in flight. Of course, they do so gradually and partially with their brains.

Parrotfish sleeping habbits in a bubble of slime. Even without their extraordinary method of sleeping, parrotfish are unique species that inhabit the tropical waters close to coral reefs. They can also alter their gender and use their rigid upper mouth to pulverise and consume coral, among other things.When darkness falls, specialised glands in the parrotfish’s gills are triggered, secreting a protective mucus bubble around the fish. With water logs inside, it is cosy.For years, scientists have been curious about and perplexed by why a parrotfish produces such a bubble.

The walruses’ peculiar pattern of slumber. Animals generally sleep every day, without fail. Of course, there may be circumstances and conditions that make sleeping impossible, but sleep is essential for good health on a daily basis.For walruses, however, such is not the case. These arctic sea monsters frequently stay awake for up to 84 hours straight with no apparent cause. While searching for mussels and other foodstuffs throughout that time, they exhibit no signs of tiredness.The best of all worlds, though, is what makes walruses’ sleeping habits the most entertaining.

Four-finger meerkats snooze in a structured heap. In the Kalahari Desert of South Africa, sociable animals known as four-finger meerkats usually have one leadership pair in the herd that breeds. In groups of up to 40 individuals, everyone helps to raise the dominant female’s chicks.

The four-finger Meerkats’ sleeping patterns further suggest that the female of the dominant pair is the herd’s actual leader. The herd congregates in the vast underground cavern where they call home as dusk falls. In order to stay warm, Four-finger Meerkat sleeps in a big heap. Since they must be on guard, the guards on top of the animal shed will never experience REM slumber.

These  animals have peculiar sleeping habbits . There are many unusual things that we can find in nature, and it is full of mystery. When we come across weird things that predominate in the natural ecosystem, it is strange and curious.

What Causes And Risk Factors Of Anxiety Disorder We Should Know