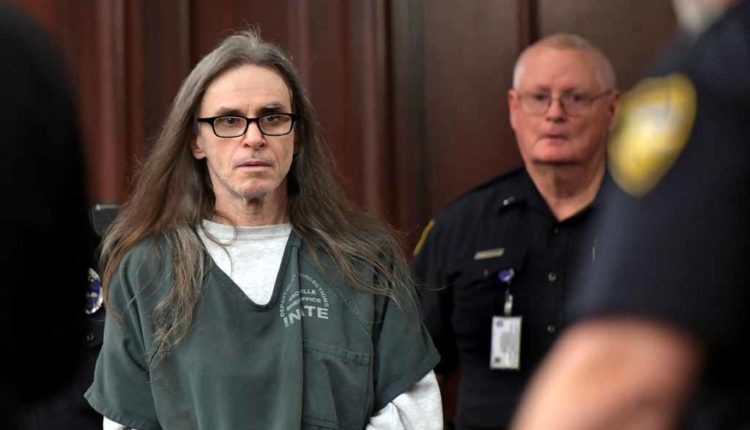 The police took the pictures of Russell’s home before demolishing it. He lived in this house before killing and burying Joni Gunter.

The 54-year-old Tillis is still in jail awaiting trial for the murder of a woman called Jodi Lynn Gunter. Trillis, from Jacksonville in Florida, killed a 31-year-old woman and buried her dead body in the backyard of his house. Police found the dismembered remains of Jodi in the front yard of his house in February 2016.

In Southside, his house dubbed as ‘House of Horrors’.The  Police also took the inside pictures of his bedroom before tearing it down. Authorities have condemned his property and demolished it after finding weapons such as razors, hammers, and an ax inside Tillis’ house. Pictures from the State Attorneys’ Office gave the complete details of his weapons. Janis Eldridge, his private investigator, demolished his house a few months ago.

The rooms of his house were untidy as shown in the photos. Pictures obtained by First Coast News showed his weapons, including chains, knives, chemicals and an ax. Police arrested him in May 2015 and locked his property. In 2016, they opened his house for further investigations and found it difficult to enter Trillis’ property because of its booby traps with the dangerous objects. The excavators dug up the front yard and discovered the dead body of Jodi Gunter.

He will face the trial on these charges (kidnapping, killing, dismembering and burying a woman in the yard of his home) in November next year.

His neighbors dubbed his 1,880-square-foot home as ‘house of horrors’ where they heard screams some nights. The owner of ramshackle buildings resisted arrest since May 2015. He also accused of aggravated assault on law enforcement officers, battery on an officer, when they went to him with arrest warrants.

He tried to attack on the officers with his knives. The inside of the Bowden Circle house was full of clutter, old boxes and furniture. His kitchen was messy and untidy.