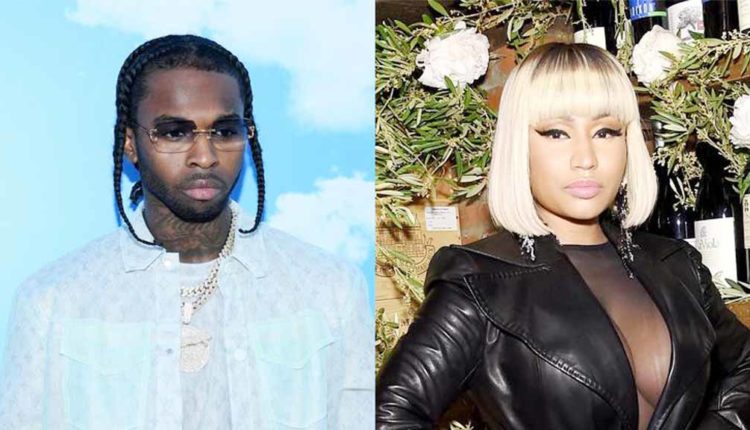 Pop smoke warned his girlfriend not to come out of the house and to keep the doors locked. His girlfriend revealed that in their last meeting Pop urged her to stay inside the house before he was found dead inside a California home.

Last Wednesday, up to six gunmen came and shot the rapper in the chest. The 20-year-old Pop, whose real name is Bahar Jackson was, pictured with his girlfriend, known as Yummy Yellow, before his death.

His girlfriend wrote: ‘I wish I hugged you more before you left my house on Monday. I hugged you all night before your flight to Cali, but that’s not enough for me. You said I love you over 20 times on that night/morning. I forgot to lock the door and you came back even after leaving the house to check whether it’s locked or not.’

He was shot in the chest in a home invasion and paramedics rushed to help him, but all in vain. After the death of his boyfriend, Yummy Yellow paid him a heartfelt tribute:

‘He was a rare man. I thought I tend to have a cold heart, but he melted mine, so quickly with his love, care and attention. We never tried to change each other and accepted our true selves of us. He was the most honest and resilient man I ever met in my life. Pop I love you more than anything. You exceeded my expectations as a man and never stopped to amaze me with your honesty. I tried my best to save you from everything, you know it.’ 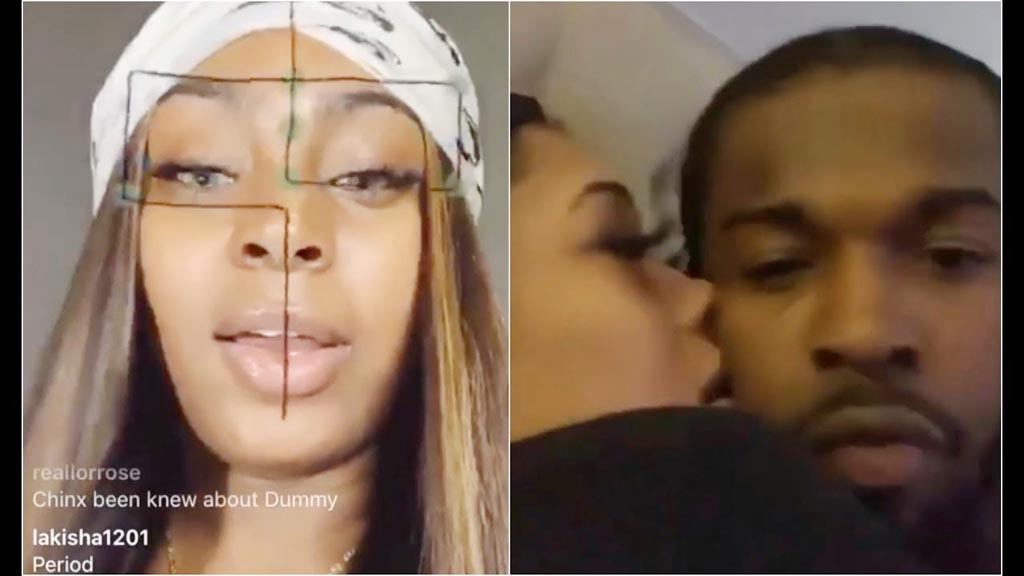 Last Sunday, Pop Smoke was going to play a show at the King’s Theatre in Brooklyn, New York. Later he canceled the show and announced it on his Instagram story. He said that the New York Police Department forced him to cancel the show, but a law enforcement source told TMZ he made the decision.

Pop Smoke canceled the show just three days before his death over concerns that gang members would be present there. He wrote: ‘I apologize to all my fans going to attend my performance at the King’s Theatre. The NYPD is not allowing me to perform once again, but I’m trying my best to make it up to you.’

In 2019, he went to jail for transporting a Rolls-Royce Wraith illegally from California. Later he came out on bail, but the judge ordered him to stay away from the gang members and gang affiliates. Sources say that NYPD cancels the show for his protection.

Pop Smoke tied to the Crips gang in New York City and mentioned being a member of the gang. He released a song ‘Armed N Dangerous’ on February 7, 2020, in which he rapped the lyrics ‘everybody knows I’m a Creep’.

Authorities say about his death: ‘On February 19, a suspected gang attacked him at around 4.13 am. He became the victim of a home invasion that had gone wrong. Pop Smoke shared several posts on his social media account showing off high-value items inside a home. The 20-year-old rapper also posted a video on Facebook featuring the exact address of the home. He was renting the home from Real Housewives of Beverly Hills star Edwin Arroyave.’

The 38-year-old star said that I came to know about the shooting incident at one of our rental properties and social media posts confirmed it to us. Teddi Mellencamp wrote on her Instagram: ‘We are sorry for this tragic loss of life. Foremost, we are sending our prayers and condolences to the family and loved ones.’

‘We have no idea about the details of the incident at this time, so we would like to refrain from commenting. Like all other people, we also know the same that the news tells us. Be patient and trust the law enforcement officers who are diligently doing their jobs.’ 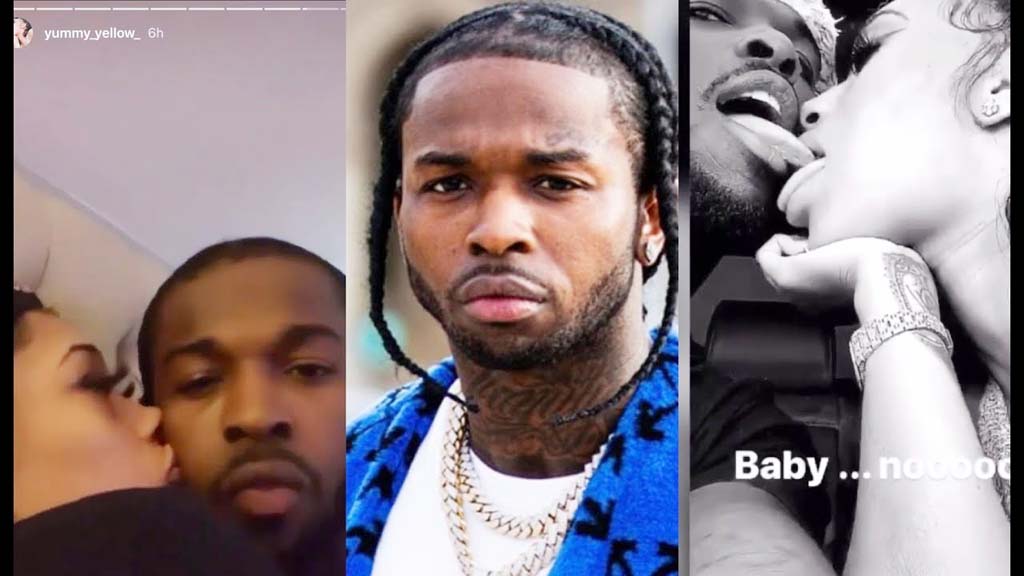 The owners of the house are the star of Real Housewives of Beverly Hills and his husband Edwin Arroyave. By profession, Edwin is a producer and actor. Pop took their home on a rent to promote his new album in L.A. He also wanted to relax his mind before going on tour in March.

The relatives of Pop are trying their best to find out who shot him dead in Los Angeles. Family sources say that they are in full investigation mode and have questioned witnesses who were there before the shooting. They have also demanded to see the security footage of the $2.5M Hollywood Hills mansion.

Insiders told TMZ after watching CCTV footage: ‘Four men approached the home on Hercules Drive and one of the suspects walked to the back of the $2.5M home. There were no cameras in the posterior portion of the home. The suspect entered there and fired multiple shots and fled through the front door with nothing in his hands.’

Police arrived there within minutes of receiving a call about the gunfire, but the suspects succeeded in running from home. First responders with the Los Angeles Fire Department brought Pop Smoke out of the home on a stretcher and an ambulance transported Pop to Cedars-Sinai Medical Center in West Hollywood where he died.

At a press conference Wednesday morning, LAPD Captain Steve Lurie said: ‘We questioned the witness inside the house, but none of them knew anything about the incident. Authorities are trying their best to find out two and six suspects. We are trying to determine what is the motive of the suspects? The investigators are not sure yet if it was targeted or random.’ 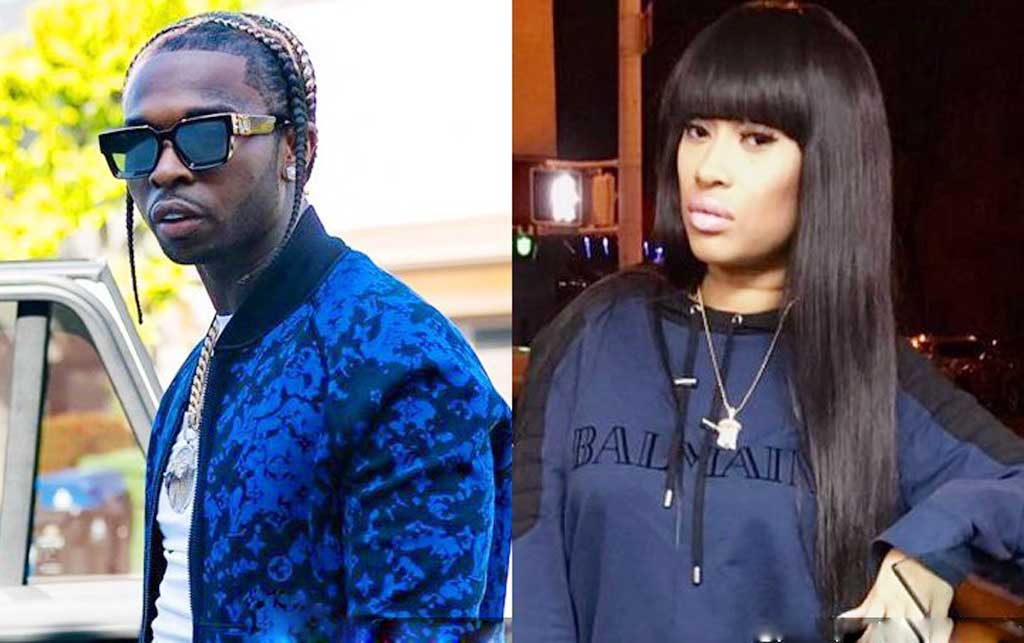 Three hours before his death, Pop Smoke uploaded photos of himself in which he was posing with Louis Vuitton next to his white Range Rover. When medics arrived there, his white Range was standing in the driveway. In another photo, he was sitting in the driver’s seat of the SUV with his friend Mike Dee. He also uploaded the video of his expensive gifts on Facebook and one of the gift bags was clearly showing the address of the home.

He told the newspaper that he wanted to make music for young people, but NYPD stopped him from organizing concerts because of a public safety risk.