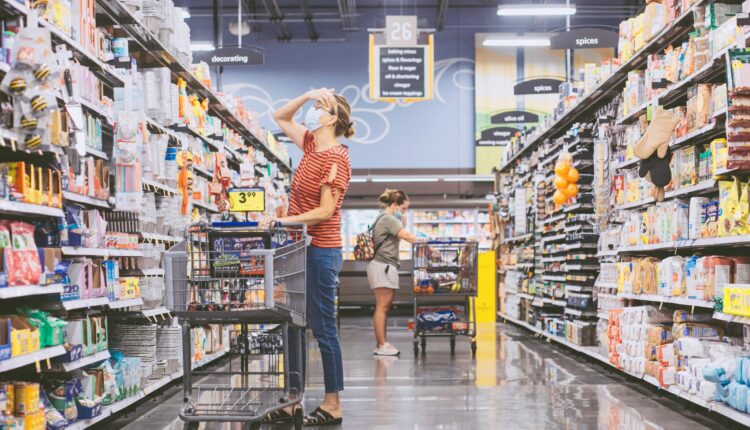 Other Economic Fears Could Prevail Over Inflation Anxieties.

The most recent British Conservative Party conference, which took place in Birmingham, UK, ended up being a massive exercise in damage control. “What was expected to be a coronation for Prime Minister Liz Truss ended up becoming the most turbulent, stressful, and disunited” convention in recent memory, claims political journalist Sebastian Payne.

The Chancellor of the Exchequer Kwasi Kwarteng’s “small budget” was the direct cause of the conference disaster. The Thatcherite duo’s recommendations included a mix of £45 billion in unfunded tax cuts, the elimination of bonus limitations on financial businesses, and the rolling back of a corporate tax hike from 19% to 25% in the context of a developed world economy fighting inflation. The repeal of a 45% income tax on the wealthy was also part of the first proposal, although it was later changed. There were surprisingly little corresponding cuts to public spending in the plan. These plans, if implemented, would have significantly increased the national debt and threatened the macroeconomic stability of the UK, feeding the inflationary fire.

When the UK announced its largest tax cuts in 50 years, the pound fell, bond yields increased, and British stocks fell. The pound dropped to its all-time low of $1.035 (it has since made a small recovery). Ten-year British gilts increased to a yield of 4.3% annually (have since recovered slightly). Because of how quickly UK bonds were sold off, UK pension funds had to make margin calls. The markets took it upon themselves to convey a significant signal of dissatisfaction over the measures in the mini-budget because the British budget watchdog, the Office for Budget Responsibility, was not permitted to offer its independent viewpoint to the public. The repercussions of Britain’s vote to leave the European Union on the market and in politics would increase the level of uncertainty and instability.

The fiscal disaster in Britain has numerous lessons.

When economic ideas are combined with ideology in democracies, the polity occasionally responds poorly.

It is important to carefully assess the timing of economic measures, especially those that are fundamentally different from the existing quo.

When there is an economic crisis, radical ideas may be embraced (as in Thatcherite Britain or 1991 India), but careful planning is necessary when there is merely an economic malaise.

using outdated economic tools at a time when the global macro-economic system has evolved risks losing the market’s and the public’s trust. This lack of trust would be exacerbated by any turnabout.

Liz Truss’s budget plan was egregiously timed, defended in dogmatic terms, and at odds with the Bank of England’s action plan (BoE). The BoE made a number of announcements to address the volatility, including the urgent acquisition of long-dated gilts. “We stand ready to restore market-functioning and reduce any risks from contagion to credit conditions for UK households and businesses,” it declared in an unusual statement.

Markets are gradually shifting their attention away from inflation and toward other indicators of economic stability. The likelihood of significant effects on economic stability and spillovers into credit conditions is rising, especially outside the US, as a result of the dollar’s extraordinary strength rise during this year. In the post-pandemic world, it seems that we are moving into a new economic phase. Phase 1 of the pandemic response saw a massive monetary and fiscal expansion, especially in developed markets. Phase 2 began in late 2021, during the “inflation is transitory” phase. Phase 3 is “we will do whatever is necessary to battle inflation,” which is where we currently are and is being headed by the US Federal Reserve. We will do everything is required to combat inflation,” declares the US Federal Reserve. Phase 4 will be “we will do what is required and appropriate to maintain system stability and bring down inflation,” which we might be approaching in the wake of the British market fiasco. The Fed’s dot-plot, a current indicator of the Fed’s forward-looking views on its policy rates, is therefore likely to peak early and is unlikely to reach a value of 4.6%, in my opinion.

Significant volatility in currencies, bonds, and stock markets is more likely if the Fed stays in Phase 3 while other markets, such as the UK, emerging economies, and India, enter Phase 4.

This tumultuous time may also usher in a longer-lasting Phase 5, during which the conventional wisdom of preserving 2% inflation for developed economies and 4% inflation for emerging countries starts to shift upward. Over the long term, pressure on rates to remain generally low would be maintained by an ageing global population and a surplus of global funds.

On the other side, rate and price increases will be brought on by geopolitical realignments and their effects on supply chains, non-economic partnership decisions, fiscal mistakes or accidents, and significant investments in climate action. Politicians and technocrats will argue over whether this must balance precisely at 2% for the developed world and 4% for emerging markets. India, one of the last of the major economies in the world to adopt an inflation targeting regime in 2016, should decide to continue to profit from this regime’s discipline before it joins the side that believes higher inflation is acceptable.