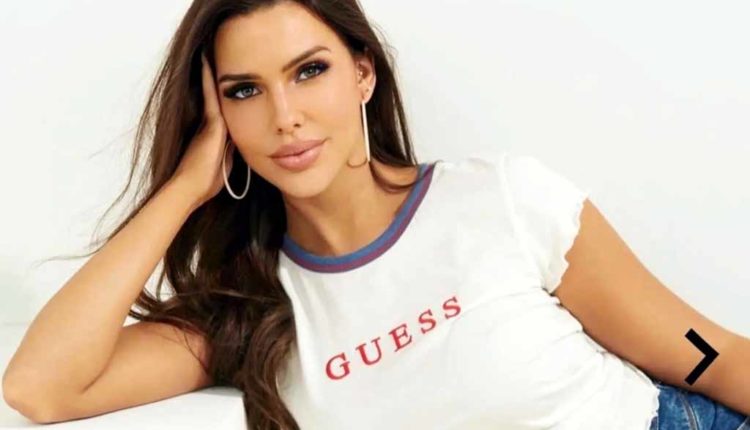 A model raises her voice against harassment by sharing the screenshots of the messages on her Instagram account. She receives hundreds of sexual, vulgar and even crude messages and puts all of them on her new account to highlight the abuse that women face in their DMs.

The model Paige Woolen from Los Angeles, California has 174,000 followers on Instagram. The 28-year-old model receives inappropriate comments and messages from sleazy fans and she is fed up with it.

She decided to expose all these vulgar and sexual messages, including men asking her to send nudes and to give them oral sex. The girl made a separate Instagram account ‘Dudes in the DM’ to indicate the difficulties a woman’s face on social media sites.

She used to post pictures of herself in swimwear and sexy ensembles on her personal Instagram page. Many of her followers save her pictures and send them back to her with rude messages. She reveals all unwanted DMs from followers and many of those messages are sexual in tone.

The Instagram page ‘Dudes in the DM’ get more than 10,000 followers within a week. This page features the compilation of the messages that Paige has received on social media sites. She also uploads dozen of messages, that other women, receive and send them to Paige to put them on the page.

Speaking to Jam Press, she said: ‘Everyone has the right to post pictures as he or she wants. Posting nudes, photos in bikini and lingerie is not sexual. It does not give any right to other people to speak anything they want. I know posting nudes warrant a lot of positive and negative attention.’

‘I tried a lot to get over such negative and rude comments or DMs. I tried a lot of ways over the last year to deal with such toxic people.’

The model believes that she or any other woman should be able to post whatever of the content they want. But nobody has the right to send abusive or rude messages on her sexy or risqué photos. She is free to post any kind of content on her Instsgram, but it doesn’t mean she should have to face abuse.

Most of the people demand for nudes or ask her to give them oral sex. She said: ‘I tried different responses from ignoring such guys to responding them with humor and I found that dealing their messages with humor is the best way.’

‘It all depends upon your mentality that which things make you feel sexy and it is completely fine. Nobody has the right to shame you on this thing. If you are okay with that, everyone else must have to be,’ she said.

‘These messages can affect my mind in many ways, so I try this filtering process by posting such abusive messages on my page. In quarantine, this idea came to my mind and I acted upon it by making a separate Instagram account. During that time period, I was only staying at home with my phone and French bulldog, so I took screenshots of dozens of messages and posted them to kill my time,’ she added.

Through her page, she wants other Instagram users who are struggling with same condition to raise their voices and to bring them together. She responds to abusive messages with humor, takes screenshot, posts them on feed and makes the whole situation funny.

‘Many messages did not make any sense at all, but showed the sick mentality of people. I am accepting submission from other women via my Instagram page to make the men ashamed on harassing women,’ Paige said.

Many actresses, such as Christina Riordan, follow her ways of responding to abusive messages. The model and nutritionist shared a message she received from a man asking her to send photos of her ‘a**’. She replied him with a picture of a donkey’s behind.