While everyone was either celebrating the new year or suffering the consequences of overindulgence the night before, news of what happened to Jeremy Renner on New Year’s Day, 2023, sent shockwaves through Hollywood.

The actor, best known for his role as Hawkeye in the Marvel Cinematic Universe, was hospitalized after a “weather-related accident” while plowing snow, his representative Sam Mast confirmed to CNN. He was airlifted to the hospital where we would undergo two surgeries. As of January 3, 2022, he was in stable but critical condition. “Jeremy’s family would like to express their gratitude to the incredible doctors and nurses looking after him, Truckee Meadows Fire and Rescue, Washoe County Sheriff, Reno City Mayor Hillary Schieve, and the Carano and Murdock families,” a statement from Renner’s spokesperson read, per CNN.

“They are also tremendously overwhelmed and appreciative of the outpouring of love and support from his fans.” Here’s everything we know about Jeremy Renner’s accident and we’re sending our best wishes that Hawkeye will make a speedy recovery.

What happened to Jeremy Renner?

What happened to Jeremy Renner? The MCU star was airlifted to the hospital after suffering “blunt chest trauma and orthopedic injuries” on New Year’s Day 2023. Around 9 am PT, the Washoe County Sheriff’s Office responded to reports of a “traumatic injury” on a highway near Reno, Nevada.

According to Mayor Hillary Schieve, who is a friend of Renner’s, the actor had gotten out of his snowplow to help someone in a stranded car when he was run over by his own vehicle, per local newspaper the Reno Gazette Journal. “He was helping someone stranded in the snow,” Schieve said. “He is always helping others.” This was near his home on the Mt. Rose Highway, 25 minutes from downtown Reno.

Apparently, the two-time Oscar nominee is always helping out members of the community, more than most people know. “He’s always calling and saying, ‘Hey Mayor, what do you need?’” said Schieve. “There are a few times he’ll post about what he has done or donated toys, but most of it you would never know he is doing.” 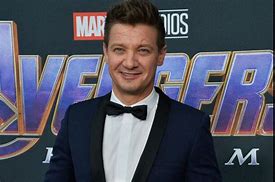 TMZ reported the plow accidentally ran over one of Renner’s legs and other parts of his body when the incident occurred, causing him to lose a lot of blood. A neighbor, who’s also a doctor, was thankfully nearby to apply a tourniquet on his leg until paramedics arrived. According to TMZ, the machine has extensive safety features and should not have rolled over Renner, which is why the area was being treated like an active crime scene. The snowplow in question was impounded.

Dispatch audio, obtained by the tabloid, showed first responders were initially concerned that weather conditions, thanks to the storm, were going to make access to the accident difficult. At the time of the accident, parts of northwestern Nevada were covered in snow. A New Year’s Eve snowstorm in the Reno area brought more than three feet of snow to the nearby ski resort, Mt. Rose Ski Tahoe.

After arriving at the ICU after being loaded onto a medical helicopter at around 9:50 am on Sunday, January 1, 2023, Renner underwent two surgeries to address his injuries and he remains in a critical but stable condition. “His injuries are extensive,” his publicist told CNN. “As of now, we can confirm Jeremy is in critical but stable condition with injuries suffered after experiencing a weather-related accident while plowing snow earlier today,” Sam Mast told CNN in a statement. “His family is with him and he is receiving excellent care.” Renner was the only person involved in the accident, officials said.

The 911 call log obtained by TMZ stated Renner could be heard moaning in the background. Apparently, he was experiencing heavy bleeding and that he was “completely crushed” by the heavy machinery. Understandably, he was having “difficulty” breathing. ET later revealed the neighbor, the one that made the call, said Renner was “in rough shape” and begged for immediate help. “We just need someone here right away with life-saving techniques,” they said.

“He got crushed underneath it, yeah. There is a lot of blood over here so you need to get someone over here immediately,” the neighbor continued, describing Renner’s injury to the emergency dispatcher. “He got crushed up on his right side, yeah, his right chest and upper torso. His ribs look like they might be crushed. He’s got a head wound as well.” According to the call log, the dispatcher observed: “[Jeremy] is moaning loudly in the background—serious bleeding… He is bleeding heavily from his head and other [unknown] injuries – [responding person] isn’t sure where all the blood is coming from.”

What is Jeremy Renner’s condition now?

Renner returned home from the hospital almost three weeks after the accident that left him in critical condition. On Monday, January 16, 2023, the Mayor of Kingstown star replied to a Twitter post from the show, saying, “Outside my brain fog in recovery, I was very excited to watch episode 201 with my family at home.”

But friends of Renner say the accident was “much worse than anyone knows. Jeremy is very aware of the fact that he almost died out there,” an insider told Radar Online. “The right side of Jeremy’s chest was crushed, and his upper torso had collapsed. He also had a bad head wound that was bleeding and a leg injury.”

“Word is the damage to Jeremy’s chest was so substantial it had to be reconstructed in surgery,” said another source. Friends revealed that it could be two years before the actor is back in Hawkeye fighting shape. “So far, he’s had two surgeries and he will likely require more in the weeks ahead on his leg,” they said. “Doctors tend to space out operations to allow time for the body’s natural healing process to kick in, and that’s the case here.”

On the evening of January 3, 2023, Renner posted an update on his health to Instagram with a selfie from his hospital bed, grateful to his fans for their support in the caption. “Thank you all for your kind words. I’m too messed up now to type. But I send love to you all,” he wrote. His face was banged up pretty badly and he was still on oxygen.

The Investigation into the accident continues but Washoe County Sheriff Darin Balaam said in a press conference that no foul play was suspected. “Mr. Renner went to retrieve his PistenBully, or snowcap—an extremely large piece of snow-removal equipment weighing at least 14,330 pounds—in an effort to get his vehicle moving. After successfully towing his personal vehicle from its stuck location, Mr. Renner got out of his PistenBully to speak to his family member,” said Balaam.

“At this point, it is observed that the PistenBully started to roll. In an effort to stop the rolling PistenBully, Mr. Renner attempts to get back into the driver’s seat of the PistenBully. Based on our investigation, it’s at this point that Mr. Renner is run over by the PistenBully.” Balaam added that “at this point in the investigation we do not believe Mr. Renner was impaired at all and we believe this is a tragic accident. The investigation is ongoing, however, we do not suspect any foul play. I’ll repeat that: We do not suspect any foul play. We believe this was a tragic accident,” and they’re analyzing the heavy piece of machinery to “rule out any potential mechanical failure of why it may have started to roll.”

In an Instagram story shared 24 hours after his first selfie from his hospital bed, Renner shared another update. His family members were shown to be giving his scalp a massage. “A not [so] great’ ICU DAY, turned to amazing spa day with my sister and mama,” Renner wrote in the caption. “Thank you sooooo much.” In the image, Renner’s eyes were swollen and he was still on oxygen but appeared to be in relatively good spirits.

On social media, tributes have poured in for the MCU actor. Renner’s Avengers co-star Mark Ruffalo asked for fans’ support in hoping he got better soon. “Prayers up for our brother @jeremyrenner on a full and speedy recovery,” Ruffalo posted on his Instagram stories. “Please send healing goodness his way.” Meanwhile, filmmaker James Gunn, who directed Guardians of the Galaxy among others, tweeted: “My heart is with Jeremy Renner,” Gunn wrote, next to the prayer hands emoji. “My sweet Jer,” fellow Marvel star Tara Strong, who starred in Loki, added. “Loved you for decades. From a Senior Trip to the #MCU. Sending you & your closest healing love, light & strength for a full recovery.”

In the comments section of Renner’s first Instagram post since the accident, his MCU co-stars sent messages of support. Chris Evans, best known for playing Captain America in the Avengers franchise, wrote “Tough as nails. Love you buddy, while Chris Hemsworth, best known for his role as Thor, wrote: “Speedy recovery buddy. Sending love your way!” The Russo brothers, who directed several of the Marvel movies, told Renner they were “Sending all of our love, brother, and hopes for a speedy recovery,” while Paul Bettany, who played Vision, said: “Love you mate. Sending you love and healing.”

Fellow MCU director Taika Waititi said: “My brother I love you” and Chris Pratt, who plays Starlord in the Guardians of the Galaxy franchise sent “Continued prayers your way brutha. Josh Brolin, who played the supervillain Thanos in the Avengers series wrote, “Close but no cigar. You’re blessed. Quick recovery, brother” and James Gunn, director of the Guardians of the Galaxy films, gave a comment with simple red heart and raised hands emoji.

As mentioned, Renner has been nominated twice for the Best Actor Academy Award, first in 2009 for The Hurt Locker and next in 2010 for The Town. He is best known for his role as Hawkeye in the MCU, starring in six films after making a cameo in Thor in 2011. He also starred in the Disney+ spinoff miniseries Hawkeye opposite Hailee Steinfeld. Steinfeld wished her Hawkeye co-star a speedy recovery, sharing on her Instagram story, “Come on partner!! Thank God you’re healing.”

Renner, who also stars in the Paramount+ show Mayor of Kingstown, is known for his love of the outdoors and snowy conditions. “How would you feel if your driveway looked like this??,” he wrote in a caption on Instagram. “I’m so happy Mother Nature dictates my day!” He once called the Sierra Nevada Mountains and Yosemite National Park “my backyard” and spends much of his time at the secluded and massive—five bedrooms and five bathrooms—Lake Tahoe property (see photos here thanks to the Daily Mail) repairing and renovating all sorts of trucks. He apparently has over 200 vehicles.