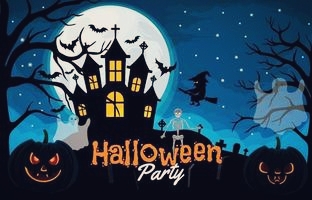 It’s acceptable even encouraged to spook your neighbours on Halloween and eat copious amounts of Twizzlers and candy corn without feeling guilty. The pandemic partially put an end to this tradition as drive-through haunted houses replaced walk-through ones and theatres turned away customers in favour of streaming services.

Here is a guide to pumpkin picking, drag shows, haunted homes, and more to enjoy in New York City with friends and family as in-person programming resumes. All levels of fright are welcome.

Scares For The Whole Family

The Village Halloween Parade, now in its 49th year, marches or crawls through Greenwich Village with hundreds of puppeteers, dancers, artists, and musicians. Thousands of costumed New Yorkers are invited to march alongside the performers in the parade, which kicks off at 7 o’clock on Sixth Avenue between Spring Street and 16th Street.

Halloween enthusiasts can have a similar experience at the annual Bronx Halloween Parade, starting on October 22 at noon, as the marching band of the New York Police Department, the drum line of the Philadelphia 76ers, and numerous community groups haunt the streets for about half a mile, from Southern Boulevard and Westchester Avenue to Dawson Street and Rogers Place, close to Bill Rainey Park.Run the NYCRuns Haunted Island 5K and 10K in your regular running gear or in a witch costume. The race starts early on October 29 and circles Governors Island twice for 10K runners. Age- and gender-specific prizes are given out. Ferry rides, post-race breakfasts, and Halloween candy are available to all participants. On October 22–23 and October 29–30, Governors Island will celebrate Pumpkin Point, its annual pumpkin patch and fall festival, where visitors may enjoy pumpkin picking for a recommended donation, arts and crafts, pumpkin painting, and trick-or-treating.Visitors to Staten Island’s family-run Decker Farm may handpick the ideal pumpkin, embark on a tractor-towed hayride through the farm’s 11 acres of land, explore the kids’ hay maze, and even throw a gourd (exactly what it sounds like) on weekends in October and on October 10. The 19th-century farm, a recognised landmark in New York City, also welcomes visitors for fall-themed family pictures and pumpkin painting.On Fridays, Saturdays, and Sundays in October, as well as on October 10, guests can go on a scavenger hunt through acres of tall cornstalks in the Amazing Maize Maze at the Queens County Farm Museum. Maze by Moonlight enables guests to traverse the path at night on four specific days for an added challenge.Watch “Little Shop of Horrors” Off Broadway at the Westside. Theater/Upstairs, Tuesday through Sunday on a few afternoons and evenings, if you’re looking for a different leafy plant this season. The 40-year-old musical, written by Howard Ashman and Alan Menken, centres on Audrey II, a violent plant that propels Seymour, a geeky flower shop employee, to fame. The musical, which was influenced by Roger Corman’s 1960 black comedy, has since become one of the most frequently performed plays in high schools all around the country. Both the plant’s size and Seymour’s prominence grow as it grows. In a 2019 review, former New York Times critic Ben Brantley stated that the tale serves as a reminder to viewers of the “particular potency of horrible things that arrive in small, perfectly packaged packages.”

The Bushwick, Brooklyn nightclub House of Yes hosts a variety of Halloween-themed events, including “Vampire Ball” on October 20 and “Zombie Prom” on October 27, where attendees are encouraged to dress as “bloody (bat)dies” and “gory ghouls.” The venue’s well-liked variety event “Dirty Circus,” which celebrates Halloween, will start on October 26 and end with “Absolutely, A Halloween Drag Spectacular” on Halloween night.The absurdist drag queen and Season 11 winner Yvie Oddly will be the head of the “RuPaul’s Drag Race Night of the Living Drag” at Kings Theater, which will also feature eight additional performers and a performance of Dante’s “Divine Comedy.”

The NYC Ghosts tour stops at eight to twelve different locations across the metropolis, including the Morris-Jumel Mansion, which served as General George Washington’s command post during the Revolutionary War, and the House of Death, a Revivalist Greek brownstone where Mark Twain spent about a year. Every night throughout the year, tours last an hour to 90 minutes.

Blood Manor, a 10,000 square foot haunted house in TriBeCa with clowns, corpse brides, and cannibals, would be a good place to start for a truly spine-tingling experience. The well-known Halloween location, where Jimmy Fallon and Kevin Hart screamed in fright in 2016, has welcomed both the fearful and the fearless for more than ten years.Killer clowns, a paranormal battlefield, and attractions like “Maggot Invasion” and “Hannibal’s Hell” are all brought by the house this year. Through November 5, attend on your own risk on weekends and a few weekdays.

Headless Horseman Haunted Attractions, located upstate in Ulster Park, promises a terrifyingly immersive experience along its 65-acre site with escape rooms, haunted houses, a corn maze, and a new walk-through trail for anyone willing to trek outside the city. The masked serial killers and screeching clowns in each dimly lit, blood-smeared room are more terrifying than the visual effects. On the second and fourth Saturdays in October, it is open from 11:30 a.m. to 3 p.m. for Children’s Days that tone down the thrills. It is also open on Friday, Saturday, and Sunday evenings.