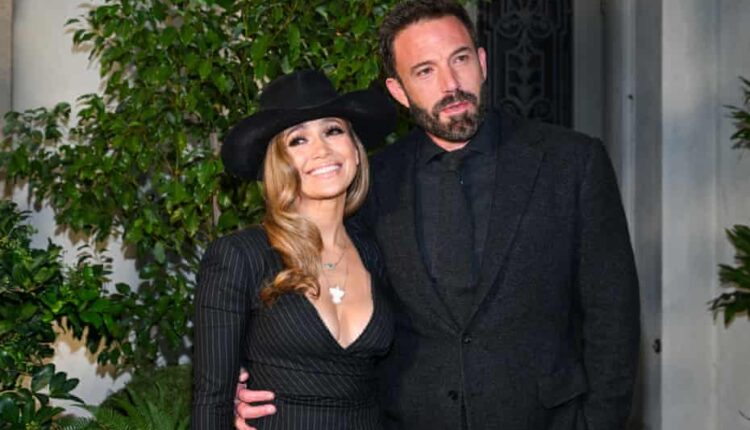 Jennifer Lopez opted for a pinstripe dress, while Ben Affleck sported a dark suit. Sylvester Stallone was wearing a jacket made of nicely brushed suede, while Laura Dern was dressed in black tie.

The Bronx-born Ralph Lauren, who is in his seventh decade as a designer, held his first-ever catwalk show on the west coast of the US on the grounds of the Huntington Library in California on the eve of his 83rd birthday. Hollywood came out in full force for the occasion.

According to CEO Patrice Louvet, who described founder Lauren as “so much more than a fashion designer… actually closer to a movie director,” the event signalled a step toward becoming “the leading luxury lifestyle company in the world” for Lauren, who remains the company’s largest shareholder and chief creative officer.The tequila-based margaritas outnumbered champagne flutes, which were previously preferred by the fashion business in New York and Paris, by a ratio of two to one, according to the waiting staff.The lavish gathering is a reflection of the iconic brands’ increasing appeal to younger customers. Consumers are choosing “investment” buys that will hold their own in the expanding resale market rather than spending money on disposable fashion as a result of ecological concerns and the rising cost of living.At the top end of fashion, resale has traditionally been a significant source of revenue, with handbags like the Hermès Birkin and Chanel 2.55 largely maintaining their original retail value at repeated sales. But today’s middle-class fashion buyers, who lack access to £5,000 purses, are instead thinking about a potential return on a £100 jacket. The iconic labels of late 20th-century fashion are coming back into trend because to the demonstrated durability of Ralph Lauren and other haute-casual names.In light of this, Lauren’s California debut emphasised the classics while still winking at modernity. He dressed male and female models equally in silk blouses and Bermuda shorts, double-breasted jackets, and cowboy boots to remind viewers that back in 1977, with Diane Keaton, he presented a masterclass in gender-fluid tailoring half a century before the likes of Harry Styles and Timothée Chalamet. The celebration in the Hollywood Hills was significant for Lauren, who at the age of 16 changed his name from Lifshitz to Lauren, adopting the name of a fellow New Yorker with Jewish ancestry, Lauren Bacall.Ralph Lauren returned to the catwalk this year after a three-year sabbatical with the second of two fashion spectacles that cemented his status in American design. The designer’s New York apartment was faithfully reproduced in the city’s Museum of Modern Art in March.The company claims that its cooperation with the US Cotton Trust Protocol would help it fulfil its pledge to use only sustainably sourced cotton by 2025. Cotton that is cultivated conventionally has a large carbon footprint since it uses a lot of water, the soil deteriorates, and toxic pesticides are used. The Trust Protocol collaborates with 1,000 cotton farmers to improve energy efficiency, water management, and soil carbon techniques.In an industry where overproduction is the main environmental problem, Ralph Lauren is working to enhance the cotton growing process while still attempting to manufacture more clothing.

The California event served as the culmination of the season’s sixth impromptu fashion week. Since the Queen’s funeral fell during London Fashion Week, the shows for the designers Roksanda Ilini and Raf Simons were postponed. This week, they joined Alexander McQueen in holding their catwalk events during London’s Frieze art fair.

Ilini remarked of the disruption, “Things happen that are more greater and more important than fashion shows. Her presentation maintained an elegiac tone despite the delay. Ilini dedicated the exhibition to the memory of her own father and was held in Theaster Gates’ Black Chapel at the Serpentine Gallery, an artwork that Gates has described as a homage to his late father.The same plastic bubble that was first set up for a presentation atop an east London parking lot last year was used for Alexander McQueen’s catwalk show, which was held in a Greenwich courtyard. The company created a portable tent so that any outdoor space may be transformed into a venue without creating temporary sets out of rubbish. The ultra-low rise trousers, which made a stir when the house’s creator, Lee McQueen, first exhibited them in 1993, dominated the show’s fashion headlines, though.

How To Purchase The Ideal Winter Coat?