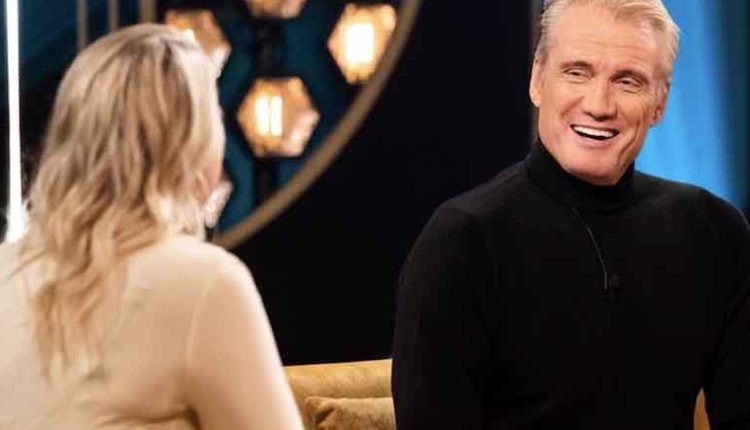 Dolph Lundgren, 64- year-old, actor lands in Greece for the shooting of his project ‘The Expendables 4’ on Tuesday. His fiancée Emma Krokdal, 24-year-old, is also with him.

The Rocky actor landed to shoot the fourth film in The Expendables series along with his fiancée. The media reporters captured him an the airport with his young fiancée. Both were wearing the casual outfits. Dolph was matching a striped jumper and black jacket with blue jeans and trainers.

Emma was also looking adorable in a low-key-look, wearing a gray hoodie and a black zip jacket. Her toned legs were looking perfect in black leggings with lace up boots. She was holding her passport in her hand. As the landed in Greece airport, both stars covered their faces with masks to avoid coronavirus.

The co-actors are also in Greece to film the series The Expendable 4. The names of co-stars are Jason Statham, Megan Fox, Curtis Jackson, Tony Jaa, Andy Garcia and Sylvester Stallone. Although very little information about the movie and the plot is revealed, but it’s known that production  started in London last month.

In the third part of the series, a new opponent – the co-founder Stonebanks appeared. The opponent Mel Gibson was set on finishing the group off.

In a photograph, Emma was an airport next to his fiancé Dolph, wearing a cream hoodie underneath a black jacket. 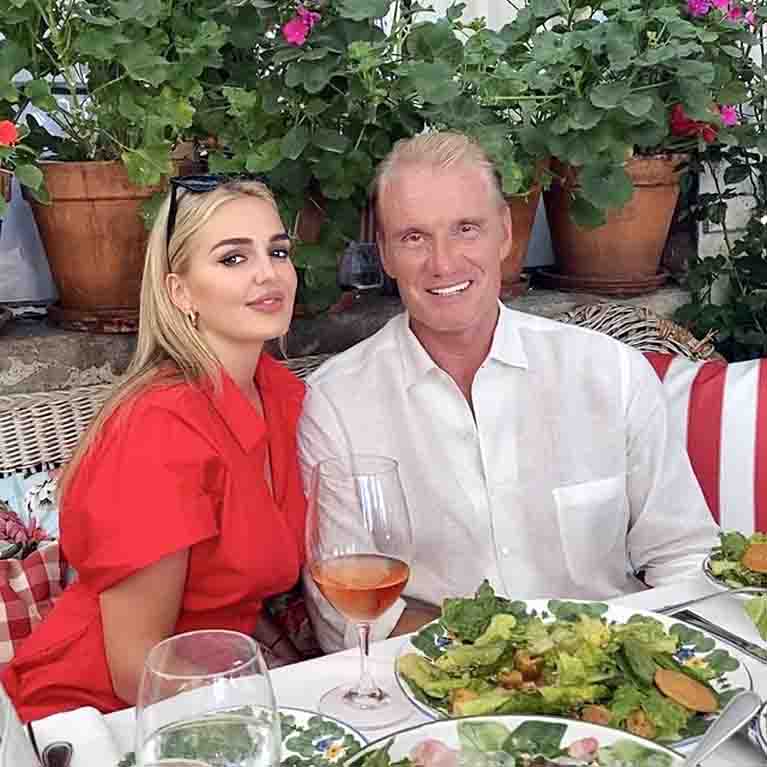 In an Instagram post, Dolph informed the world about his engagement to Emma on June 29, 2020. They were dating since 2019, but decided to keep their relationship private. They met at the gym and started liking each other. I n January 2020, they announced their relationship publically at the Cana Dorada Film & Music Festival in the Dominican Republic.

In an interview the Muscle and Health, He said: ‘I matured very late, so Emma proved a good partner for me. The youth is destroying themselves in relationships, but that’s not true for all.’

The Swedish action star met the Norwegian personal trainer who is 39 years younger than him at Equinox in July 2019. He said: ‘I feel very lucky to have a person like Emma in my life. She changed my perspective about life. I am feeling myself the luckiest man at this age and hoping the same for Emma. I am trying my best to give her the kind of happiness and support that takes a lot of time to discover.

He also explained: ‘Emma trains me with the good stuff which is her strong point, and in return I train her with the boxing I am good at. We are perfect for each other.’

His first wife was Anette Qviberg and their marriage ended after 16 years in 2011. He had two daughters from his first wife- Ida Sigrid, 25; and Greta Eveline, 19.

In a recent photo, Sylvester and Janson are posing alongside one another revealing the production of The Expendables 4 which began last month. 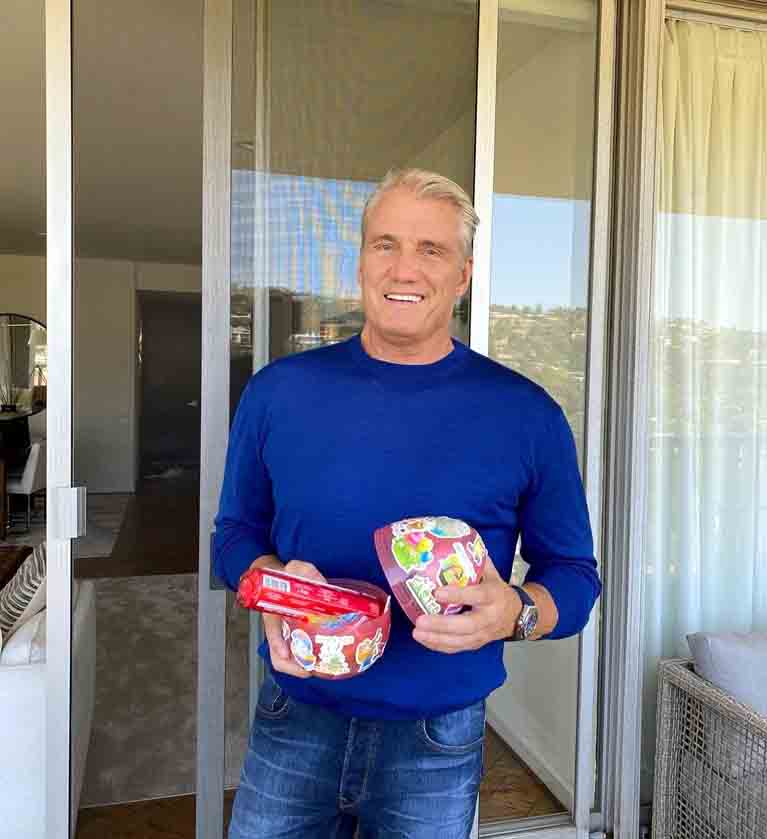 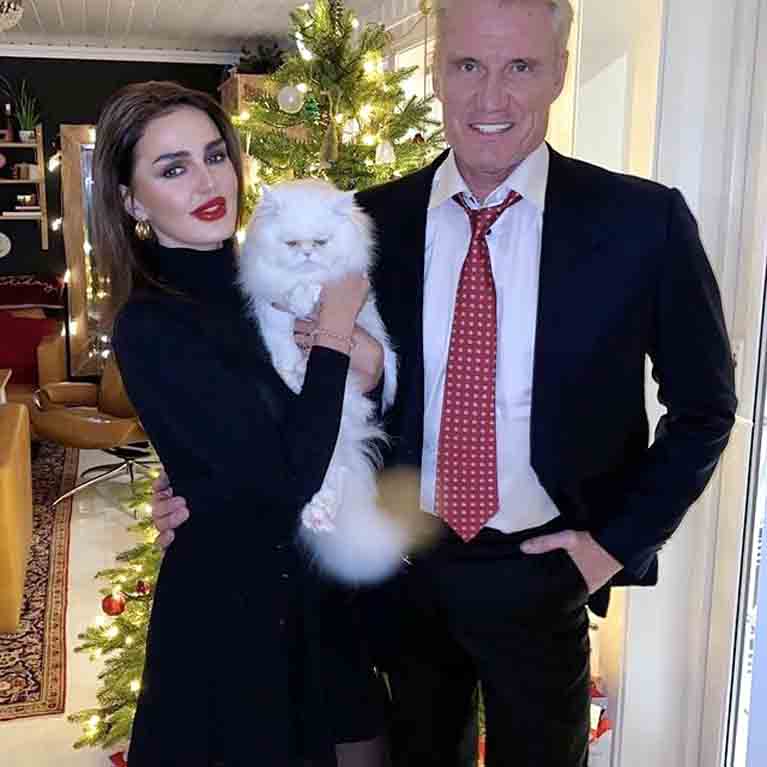 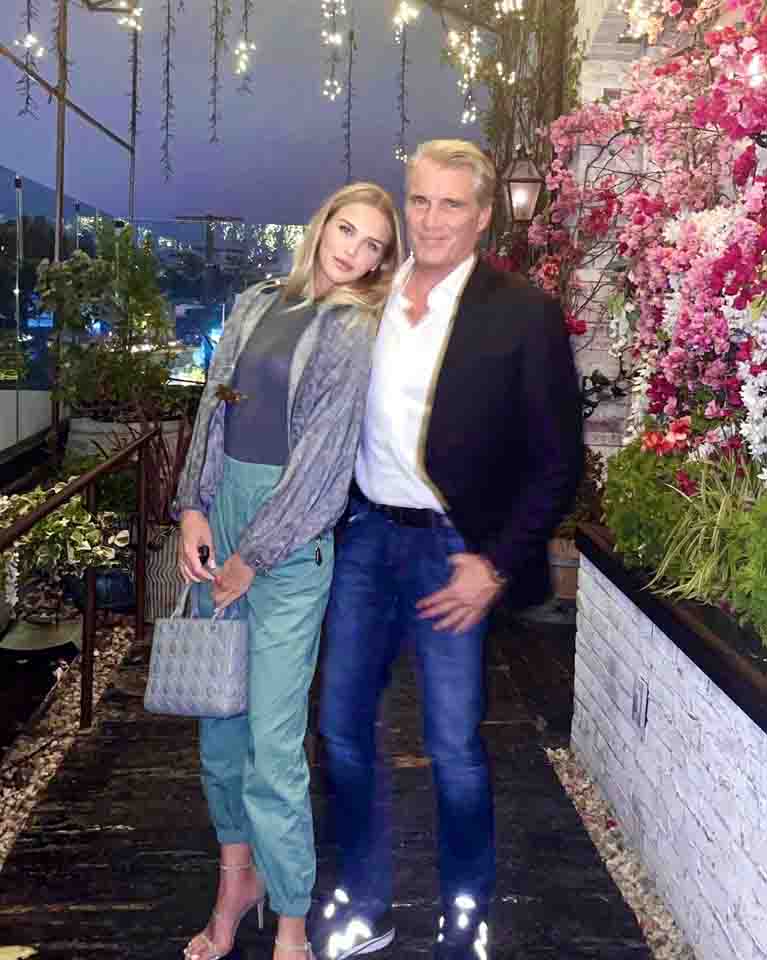