Almost 10 weeks ago, on may 29, Chloe gave birth to her first baby boy Jayden. Chloe Green, 27 years old, and her American boyfriend who is 35 years old shared the pictures of their adorable tour with their baby. They took him on a ride to their family’s luxury mega yacht Lionheart which is located in Turkey.

In skimpy black bikini, topshop heiress Chloe stole the hearts of her fans with her incredible smile. She displayed her post-baby body and her rippling abs to the world with bundle of joy on her face. On Tuesday she showed the picture of her son Jayden while she sauntered around the deck of 100million sea vessel.

The baby son Jayden was wearing white T-shirt with navy nautical stripes. He was resting in lap of her mother during stroll along the shady and adorable desk. Also Chloe enjoyed and pampered herself by a solo swimming session before her boyfriend joined her with tanning oil. When shirtless Jeremy dived into the ocean and joined her, all his tattoos and toned can be seen clearly on his body. He was only wearing a pair of pink star-patterned shots.

The couple enjoyed a lot with each other and had some private time together. They floated on the water and  dived into the ocean to join each other in a leisurely.

After their swim, both Chloe and Jeremy took a shower together on deck.  Chloe’s mother, Lady Tina Green, and son of his boyfriend Jeremy Jr. also joined them on shower.  Jeremy Jr. was nine years old son of Jeremy from his marriage to Melissa.

All this outing comes days after Chloe shared their stunning photographs before and after clean up mission of a Mykonos beach. The beach was totally littered and messed with plastic and debris. The fans left impressed by her amazing and environmentally friendly actions.

Chloe Green told her fans that she and Jeremy collected 20 big bags of rubbish to get rid of that debris thrown there. Chloe shared many photographs in form of a series to highlight that major issue of pollution and urged others to do the same as she did. While collecting plastic from the beach of the ocean, she was wearing checked bikini and protective gloves. 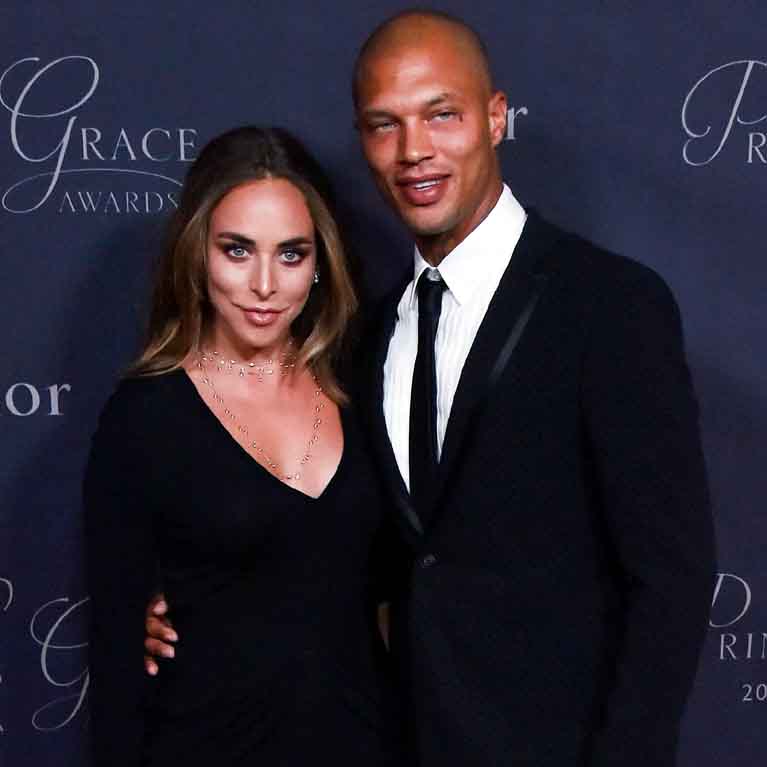 At the end of the May, they welcomed their first offspring together. Jeremy took care of her a lot and   he was seen rubbing her with tanning oil all over her body. Jeremy also has another son from his marriage to Melissa.

Chloe’s mother was also there with them in collecting the rubbish. She said that there was too much plastic on the beach and it was shocking for us. Lady Tina urged to penned hashtags under the pictures as

Chloe Green and her boyfriend made utmost efforts to clean the rubbish. Their first child became the cause of their cleanup effort. In photos, Chloe and her boyfriend of one year, Jeremy were swimming up to the cove and putting rubbish into a bin.

Chloe Green added the caption; ‘’Today we started out mission to clean the environment. I will show you all how satisfying the experience is. We collected bundles of plastic and polystyrene in matching baseball caps. It is quite easy and quick process to clean our environment. All we have to do is to take the first step.’’

They also uploaded the pictures of the cove after they had collected 20 bags of rubbish. The cove showed its natural beauty and again it became pollution free.  She was encouraged and praised by all her fans. Hamilton also commented under her post:

‘’We proud of you Chloe, You open a new window in the environment to make it pollution free.’’

‘’I am here, in the beautiful part of the world to make it more beautiful by collecting the rubbish. I’m just sharing this post to make you realize that it’s totally fine for all of you to throw rubbish and plastic but this is where it goes.  Disgusting’’

It takes few seconds to throw polystyrene and plastic but it has long lasting impacts on our environment. All we have to do is to spend few more hours to clean it so that it looks amazingly beautiful. They all thanked Chloe for reminding them this great act which is much compulsory for all to do.

In the world, both kinds of people exist so where some shows positive responses, the other criticized them for being outspoken.

With all this, couple celebrated their first year anniversary in July.  They said their relationship became stronger day by day and finally they had their first child. Jeremy got her second child; the first one is Jeremy Jr. He expressed his feelings for her as:

‘’I love you baby. You are the best thing that happens to me in the world. Thank you such beautiful time in Turkey’’.