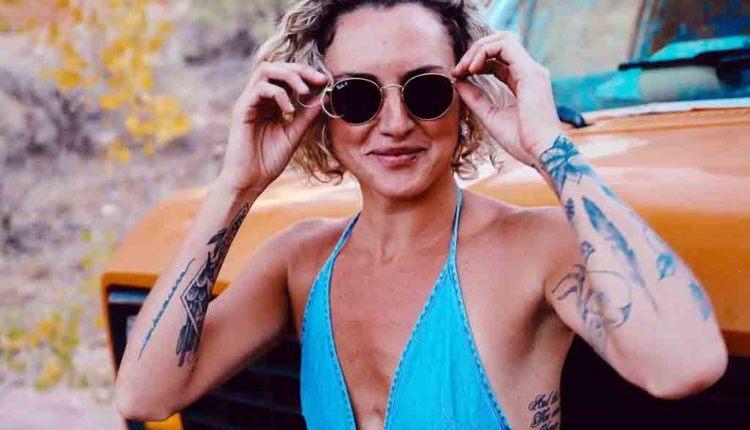 The couple always keeps their two dogs with them wherever they go around the world. They never forget to take their pair of loyal pooches, Dagwood and Bucket, with them.  They make sure that their dogs also climb with them in the desert.

They uploaded incredible images on social media in which one of their pups was abseiling down the climbing rope to reach the ground. The couple loved it to keep their pups with them.

Another candid picture showed the dogs in the van when the couple was busy setting up camp for the night. The dogs were relaxing in the shade of the van before going to their next destination.

The 27-year-old freelance writer, Brianna, and his husband Keith claim that they can’t leave their dogs before going somewhere. The 29-year-old Keith is from Fairfield while his wife belongs to Bridgeport, USA.

‘It looks odd to the world, but we can’t bear to leave them in the house. When your pets start living with you in your vehicle, then they become co-pilots of your life. They do the things we do, they go to the places we go – They are just like us. They are just like our body parts. Their joy makes us happy,’ the pair said.

‘It may look messy, but I wouldn’t trade it for the world. Sometimes when they run alongside the van, I just lean out the door to watch them sprinting. There are no words that can explain my love for them. Every day I fall in love with them more and more. Their way of weaving through juniper trees, the rippling of their muscles in their little legs – everything is just beyond description,’ Brianna explained. 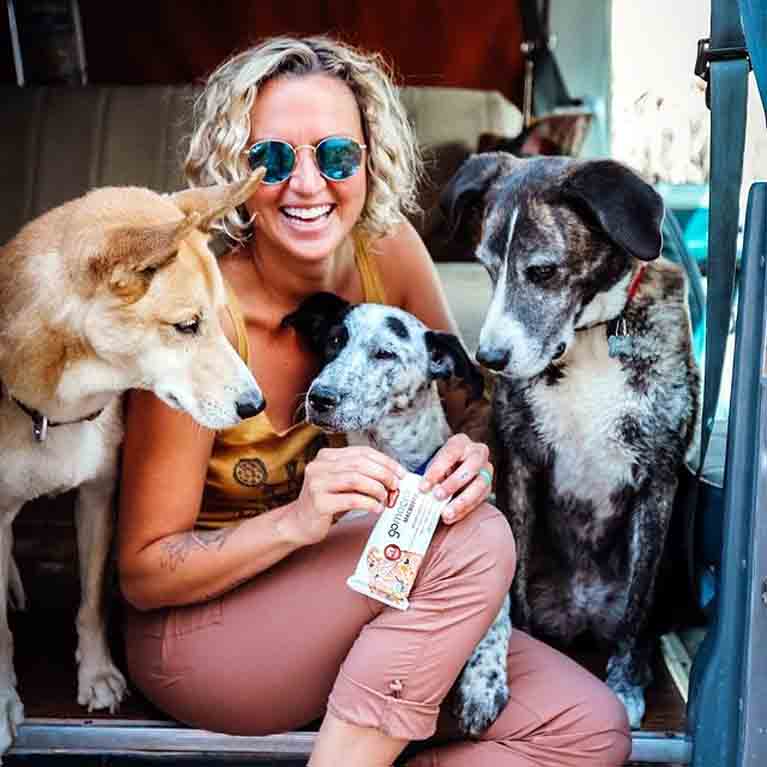 ‘I know they don’t know how many states, borders of countries, beaches, or oceans, they have visited, but I have to bring them there. I’ve learned the meaning of happiness from watching my dogs. I want to see things through their eyes. This addiction is so powerful that no place looks the same without them. It is not even possible for me to think of leaving them behind,’ the 27-year-old Brianna says.

All places do not allow them to bring dogs with them. For example, the US National Park’s authority stopped them at the entrance and asked them to leave their dogs outside due to strict leash laws or no dog policies.

Brianna said: ‘After completing our education, my husband and I worked for seven months to save some money, and then we moved to the west. His family let us post up on their 33-foot sailboat, the vehicle with no running water, no TV, no refrigerator, and no air conditioner. We lived in it for seven months with one pot and one pan. I understand the actual meanings of life during that period. There is a big difference between real and social life. Our life is not as easy as it looks on social media.’

They worked hard for seven months living on a sailboat to get a glamorous life in the West. They find their happiness in little things and it is the safest feeling in the world to be happy with less.

Brianna added: ‘A couple of years later, we were sitting at a desk at a bank when I realized that I have to live an adventurous life. I decided I wouldn’t live a life inside four walls while sitting across a desk from a mortgage loan officer. The feeling of waking up on that sailboat is what I want.’

‘After six days of that meeting, I went back to the bank and withdrew every single cent we had in our bank account. I gave that money to a man in a parking lot in exchange to get us a big orange van. After getting that orange van, we lived most of our life on the roads.’

The couple, who married three years ago spent most of their time in Utah. They also traveled through Mexico, Colorado, and Oregon without most amenities, such as AC or a working toilet.

The couple explained: ‘We laughed at their facial expressions when people came to know that we dug holes in the ground to use the toilet or pee into bottles. There is a big difference between what some van-lifers choose to display on social media and what this life looks like. Most people who have visited such places realize that it’s like your ass facing the sun without wearing any clothes on a perfectly white sheet.’

‘We want to live again on our sailboat outside the US – but not without our beloved dogs.’