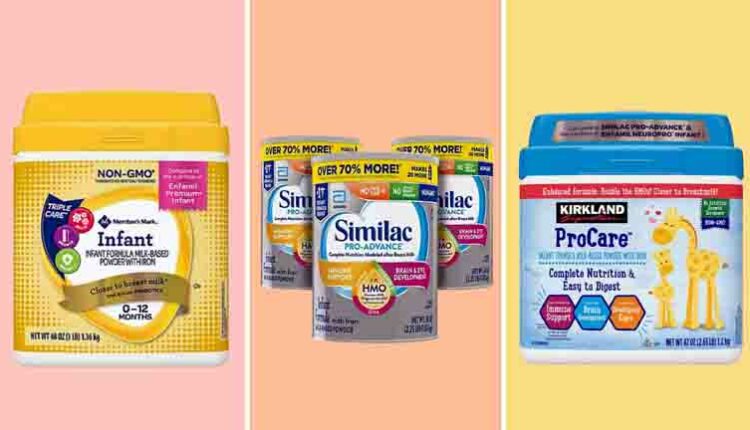 Wholesale supermarket Costco started selling baby formula in bulk through a loophole. This enables the Chinese professional shoppers to send a large amount of baby formula overseas. With the increasing demand for baby formula in recent years, the supermarket has been regularly sending higher-quality milk products to China.

In efforts to meet demand, supermarket shelves have left been and raided many times by shoppers. Costco forced Woolworths and Coles to limit their customers to two tins at a time.

But last week, Daily Mail Australia received a photo showing a woman coming out of the supermarket with a large pallet of more than 100 tins. The shocking photo reveals that, it’s still possible to buy baby formula in bulk.

A spokesperson for Costco supermarkets said: ‘There was a limit on the amount able to be bought by customers at times of limited supply. As they got enough supply of baby formula, they removed all limits.’

In early December, Daily Mail Australia found tones of white gold among hundreds of pallets in a Sydney warehouse. Further investigations showed the involvement of two leading brands Aptamil and A2.

Even after imposing limits on how much customers can buy off the shelves in Australia, supermarkets are unable to stop shipments to China. This warehouse e also involved the distribution of thousands of tins locally. According to a source, dozens of vehicles arrive at the warehouse to get bundles of baby formula. 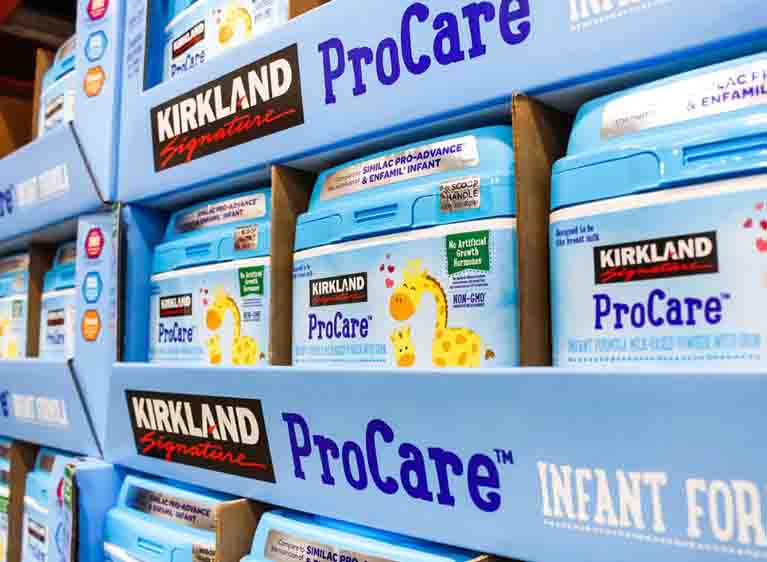 The owners of the warehouse claim: ‘We are not directly selling baby formula overseas. There must be a ‘middleman’ who is doing this as we don’t ask customers about where its products end.’

After investigations, it’s now clear that owners of Asian grocers and duty-free stores collect baby formula bundles and then sell the products to Chinese tourists. These Chinese tourists take these products with them on the plane.

The manager of Top Warehouse, Mike Chen, said: ‘When a product leaves the warehouse, then where it goes is not complete n’s concern. We take orders from the customers and provide them with the product which we get in from Aptamil and this is all we do.’

‘We sell our product to local customers and we have no right to ask them where their product is going. In case we ask them, I’m sure they are not going to tell us. We deal with hundreds of customers in a day. Online shopping distribution centers also come to us to take bundles of formula.’

It’s not illegal to sell baby formula overseas, but now parents are facing problems in getting a product which was thatonce freely accessible. However, Woolworth took a big step for their overseas customers. It announced to feed the endless appetite of the nation by sending it home-brand product to China. Some international customers are ready to pay much more than the actual price to get highhigh-qualityk powder.